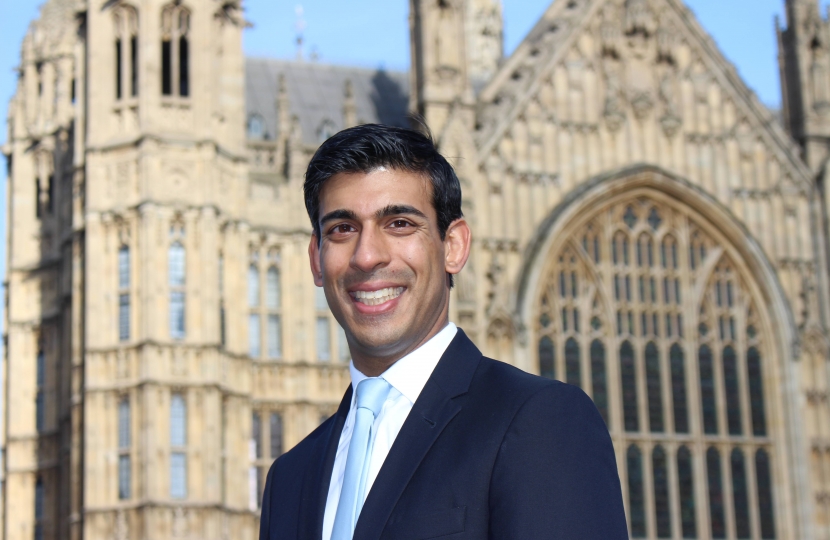 Rishi Sunak has been formally adopted as the Conservative candidate to fight the Richmond (Yorks) constituency.

Mr Sunak, who has served as the area’s representative in Westminster since 2015, was unanimously adopted by the Richmond Conservative Association to be its candidate.

He said: “Serving as the MP for Richmond has been an great honour and privilege. I am delighted to be able to stand again.

“If re-elected, I will continue to work hard for this very special part of the country and be a strong voice for the rural community in Parliament.”

Mr Sunak said he would stand on his record fighting for fairer funding for North Yorkshire’s schools, maintaining a broad range of services at the Friarage Hospital in Northallerton and the Memorial Hospital in Darlington, and seeking further improvements to broadband and mobile phone coverage.

He would also campaign to maintain support and cut bureaucracy for farmers and work with schools and employers to boost apprenticeships.

Small businesses and tourism were key drivers of the the local economy, he added. He would continue to support them by seeking lower taxes and less red tape, continued investment in the area’s roads and promoting the area’s attractiveness to visitors.

Mr Sunak hit the campaign trail early with his predecessor William Hague. After talking to voters in Stokesley High Street, Lord Hague said: “Rishi has been a highly effective MP, speaking up for this area with skill and passion in Westminster over the last two years. I wish him the best of luck on June 8.”