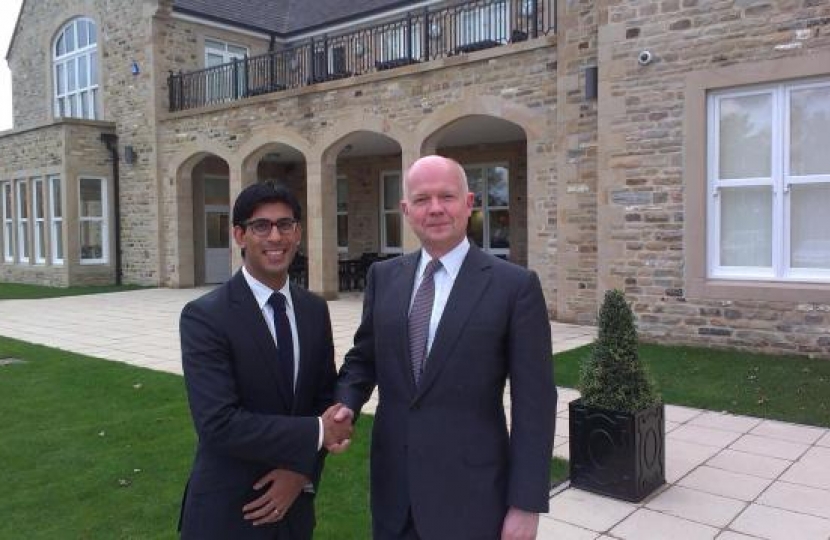 A packed meeting of Association members selected Rishi Sunak as the Conservative Candidate for Richmond (Yorks). A shortlist of four very strong candidates were put forward to a special meeting where the successful candidate would be required to achieve more than 50% of the vote. So great was the support for Rishi that he was selected in the first round.

Rishi Sunak, a businessman who co-founded a multi-national investment firm said it was an “incredible privilege” to be chosen as the next Conservative Candidate for Richmond. “I’m over the moon. It’s a privilege to represent this really special part of the world, and to following the footsteps of William Hague” said Mr Sunak.

Mr Hague who is set to leave the House of Commons in May said “I have been hearing many people saying how impressive Rishi is, and how well he has been getting to know the area and its issues.

“I look forward to campaigning for him. The only advice I could give him is what he is already doing – get to know the area and the people – that’s how I won the candidacy.

“I know he is dedicated to continuing to do that and he will make a great next MP for Richmond and representative for this community.”